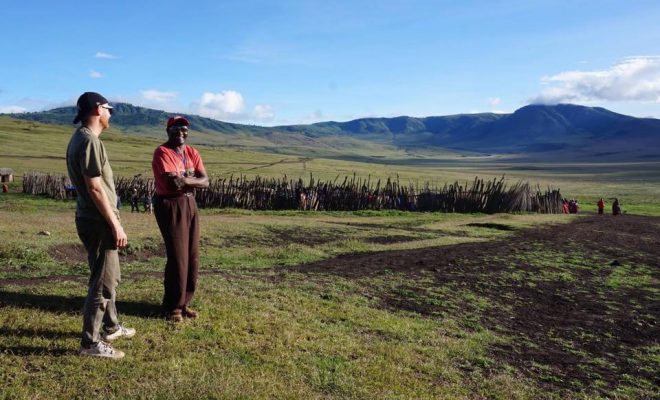 5 Things to Know Before Your Africa Overland Tour

Now that you know what to bring with you, it’s time to think about what actually happens on an Africa overland tour. While some of the following might seem obvious, I promise you that people make the same mistakes or oversights on every trip that will seriously impact the enjoyment of their tour. But what do I mean exactly?

Let’s take a look at five things you should know before your Africa Overland Tour.

5 Things to Know Before Your Africa Overland Tour

1. Distance Yourself from Drama at Every Opportunity

As an experienced tour leader, I can tell you that spending time with the wrong people will ruin your Africa overland tour. That is to say, there is often one or two individuals who like to gossip or create some kind of drama and this person(s) is eventually ignored by the group. Instead of getting involved, I highly recommend that you try to distance yourself from these people.

2. Keep Things Positive and You Will Make More Friends.

Are you familiar with the technique used by “the greatest winner of friends”?

You know the one who walks down the street and starts wagging his tail when he sees you?

And when you pat him on the head, he nearly jumps out of his fur to show that he likes you?

Honestly, it’s the same deal on an Africa overland tour. If you make a habit of keeping things positive, the rest of the group will want to spend time with you.

Things work very differently in Africa. It’s important for a tour leader to manage everyone’s expectations but not every tour leader is good in this respect. That is to say, it’s easy to arrive in Africa without expecting the unexpected and this only leads to frustration when the tour leader is unable to manage expectations in the group. In case you might be asking yourself, I refer to sitting on a border crossing for three hours, arriving late to camp, missing out on certain activities or not getting to experience something that was on the initial itinerary. Also, this is the kind of trip where people are more prone to injury or illness which is a cause for delay and further reason to have the best travel insurance for Africa. Anyway, if you expect these things to happen from time to time, your Africa overland tour will be a lot more enjoyable.

4. Take Time to Research the Activities

Unfortunately, many tour leaders are motivated by the commission that comes from selling activities on an overland tour. For instance, they might receive $15 for every person that signs up to an optional activity and that’s a lot of money when you have a large group. But why am I telling you this?

I’m telling you this because not every tour leader will give you honest advice. I recommend that you take time to research each and every activity on the tour, and decide without the advice of your guide. Trust me, people spend way too much time procrastinating over these options on the tour.

You will travel long distances on an Africa overland tour. What’s more, this will often involve bumpy roads and spending long periods in a rather confined space. At night, you will likely sleep in a tent and sometimes without the privilege of a warm shower. At first, this can seem quite fun but on a multi-week tour, many passengers start to feel tired and even annoyed with such discomfort. For this reason, prepare to feel uncomfortable and embrace the such that comes with overlanding Africa.