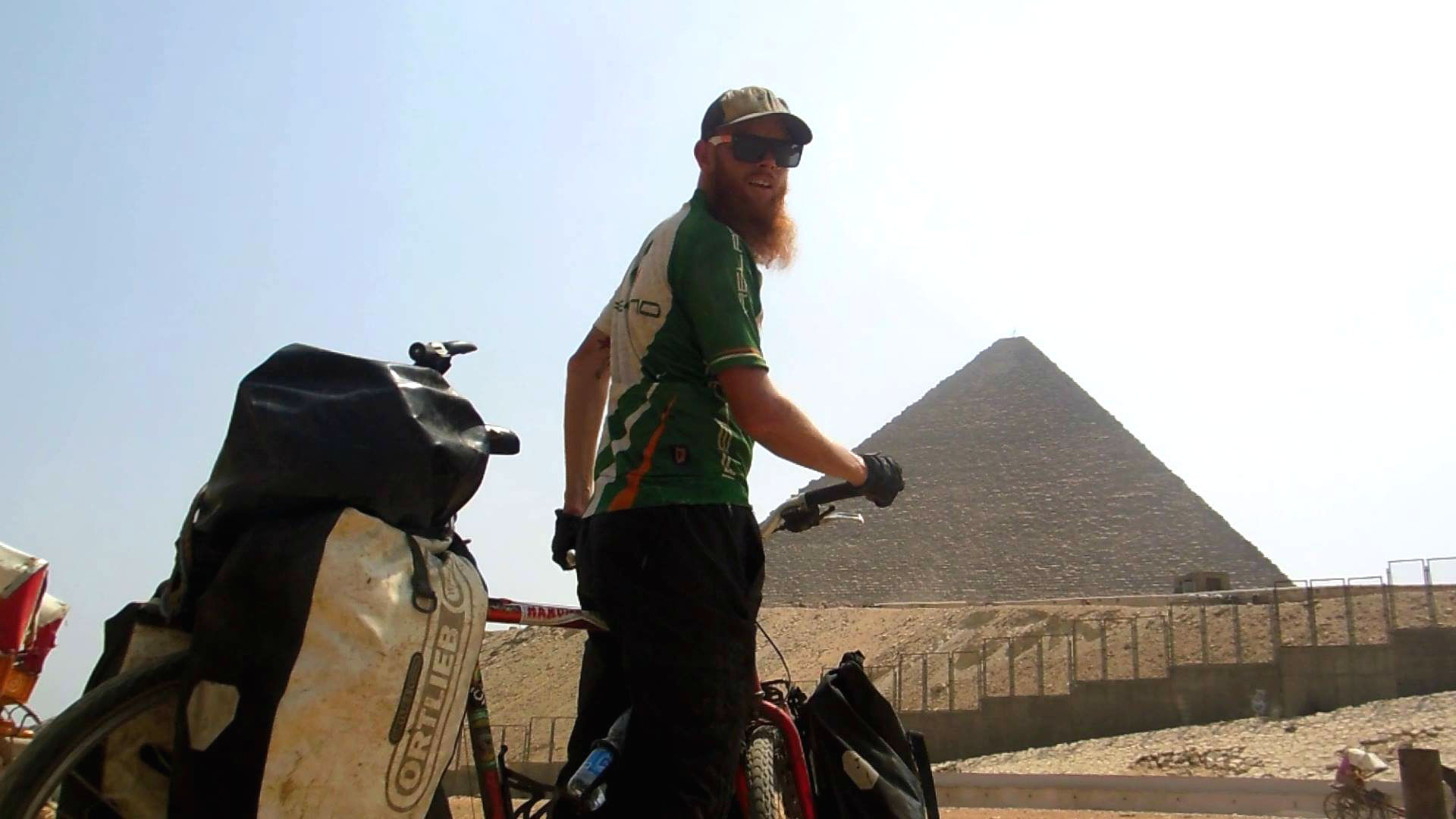 The True Meaning Of A Journey | BLOG#14

A couple of years ago my life was the definition of chaos. A self-destructiveness had embedded itself  since both parents had passed away. Ashamedly, I used this as an excuse to be selfish and ruin many relationships along with any possibility of having a decent future. I thought I knew everything back then. It’s only now that I understand how most of us will seek a journey of some sort in hopes it will bring answers. In fact, the answers are always there. It is only this “journey” which allows us to realize that anything truly meaningful we do in this life, no matter how big or small, will always begin and end with someone who really matters.

It felt as though nobody had noticed when Andy took me to the airport. He’s a cyclist, so it wasn’t easy explaining how, despite having zero cycling experience, I was going on a “short cycle tour of South Africa”. Even at this late stage, I actually wanted to ask him for help but found no way of opening up or admitting the full extent about why I was going. In hindsight, sitting next to him in the car that morning, it was obvious I didn’t need to tell him anything at all. My mind was more than troubled and it’s always easier for another person to see the problems when they’re looking in from the outside – especially a brother. 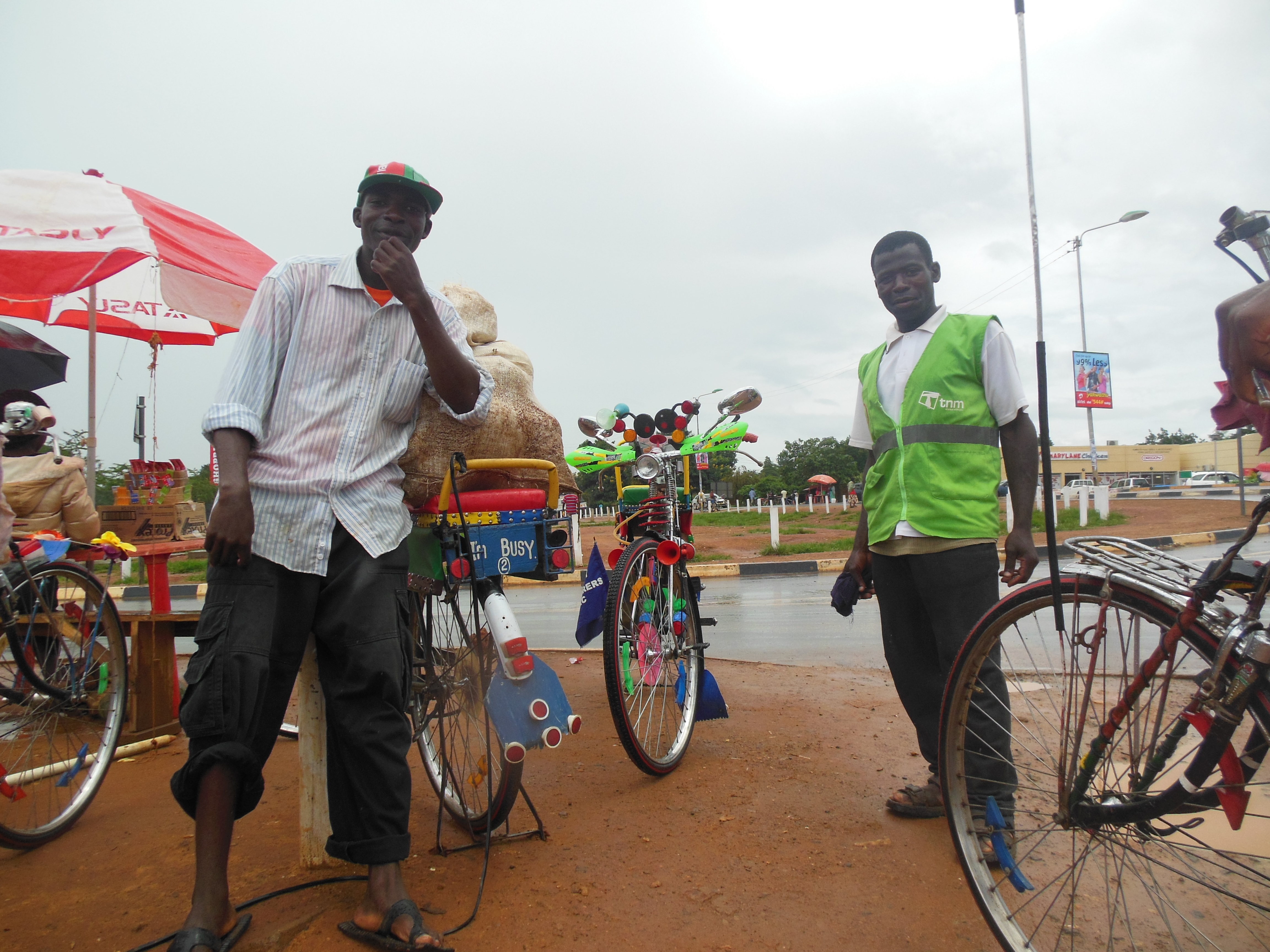 CARING FOR WHAT YOU BELIEVE

I still remember exactly how it felt as a relenting loneliness lingered the entire way up that South African coast; all the while, I desperately sought purpose in a world that seemed so much more meaningful when my parents were still around. Over the course of those first few weeks I thought about quitting the cycle every day. I reached horrendous levels of anxiety and felt deeply sad for very long periods. One morning, in the Northern Cape, I sat on the roadside struggling to see a way to keep pushing up the mountain side, and felt utterly stupid for having chosen to be there in the first place: it was probably the most alone I have ever felt but it was also the first time I had a particular conversation with myself in Africa:

“The Mountains do not care, stop feeling sorry and remember why you are doing this”

With sleeping in a small tent near the Botswana border came an unspeakable amount of fear, but the close proximity of wildlife served only to highlight my own personal irrationality, rather than the actual reality – one night I almost passed out from being so terrified that Hyenas might be gathering round the tent only to find it was just a small frog rubbing up against the fly sheet. It soon became clear the animals did not care for my presence – they wanted only to live in peace themselves.

These were but a few moments of true clarity in the year long cycle on which I came to understand why I had spent most of this life being afraid of something that doesn’t exist and the rest of it worried about people or things that don’t even notice I am there. Thankfully, through perseverance in facing these fears, my anxiety issues began to fade and by the time I reached the Wilderness of Northern Kenya. I no longer worried for what was out of my control, and instead concentrated on what could be done going forward to make life easier.

It seemed ironic around this time to explore a theory of how most of us are naturally tuned to help others in a time of crisis, yet when it happens to ourselves, we rarely take time to be so caring or rational. I can honestly say that this trip was the first time I learnt to be mindful about what I told myself, and mindful for the importance of self-preservation. There is a huge difference between the selfishness of thinking constantly about yourself, and then being empathetic for how you feel – where you are going and what you want to believe. 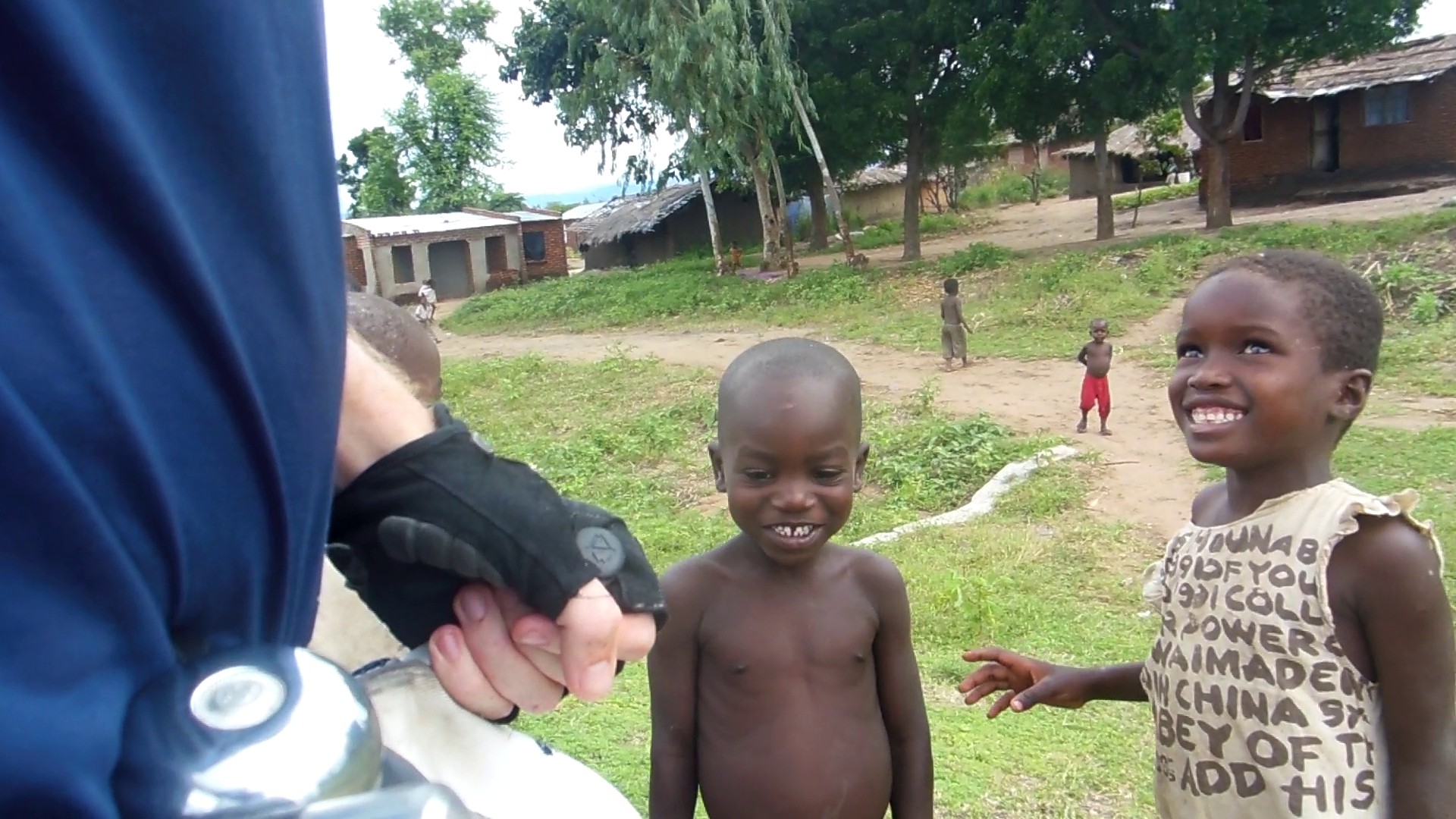 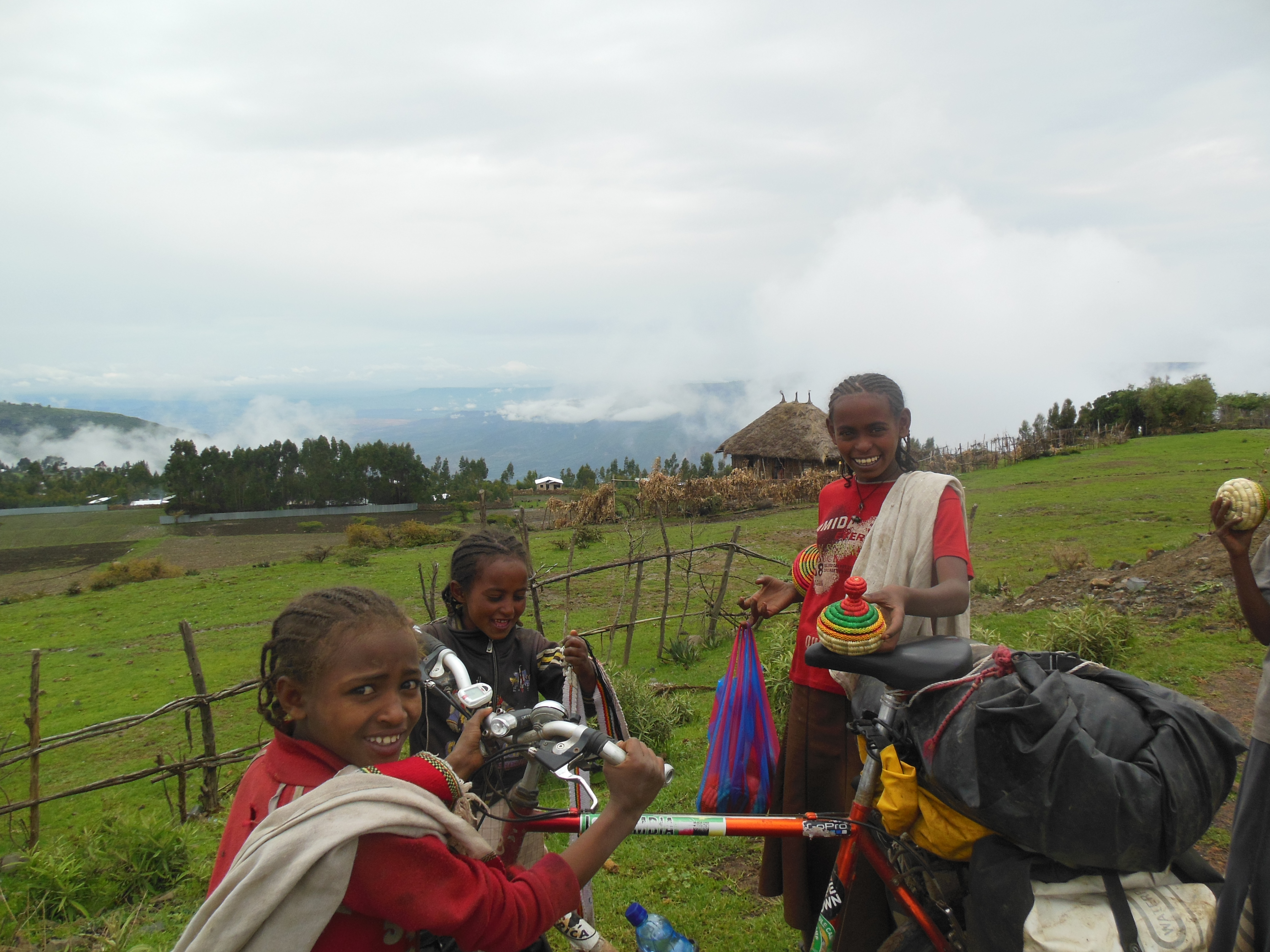 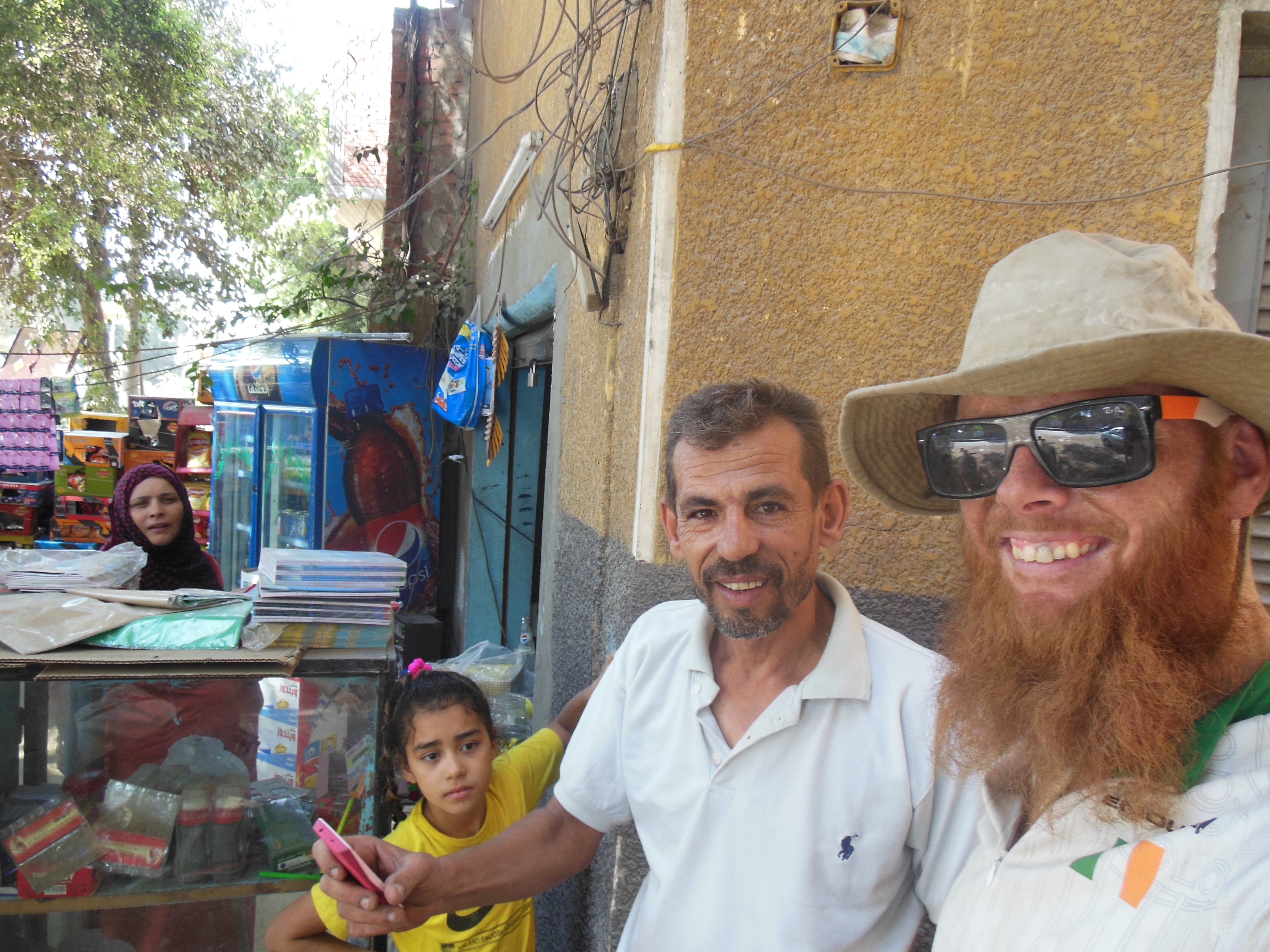 PEOPLE ARE NO DIFFERENT

I must admit that one of the highlights of the year was feeling the full impact of an incredible response that took over online as I reached the interior of Sub Saharan Africa. Hardly anyone knew what I was doing until I reached the first desert crossing in Namibia. From this point onward, the people following this solo adventure travel blog from afar began making me feel very, very important.

For this reason I feel it’s worth noting I am a very average person. Deep down I wish it were not so true but spending one year riding a bicycle through Africa humbled me to the point of realizing this completely. Yes, we are all different in our own little ways but really we are all the exact same – the same needs, the same ideas, the same dreams. The further I would travel around Africa, the more I realized this fact and the more this happened. I became more mindful of how other people were either much worse off than I or at least, in the very same situation, feeling the very same way.

All of these experiences were the first indications that this Cycle across Africa was actually very little to do with riding a bicycle outdoors but rather about what happens when we take a much more personal journey inside – I was changing my perspective.

The scenery and cycling with Africa wildlife were undeniably beautiful, but nothing could ever mask the fact that this was a trip back in time to define where everything went wrong on a personal level. I searched for a way to move forward rather than live in a world of disillusion.

As the adventure went on, I found strength like never before. In a physical sense, my body adapted to the strenuous task of climbing some of Africa’s highest Mountains and crossing many of it’s vast desert plains or Savanah’s. But it was really my mind that allowed for any of it to be possible. By sticking out some desperately lonely times and pushing through many difficult circumstances, I learnt that it was possible to teach my body, through my mind, to do far more than I ever imagined. These were all highly important parts of the experience, but when all is said and done, it was three “different” people who made this journey what it became: it was the short stories I shared with locals in Africa, it was the close relationship I formed with the names who appeared on social media and it was the people who were there on my return home. 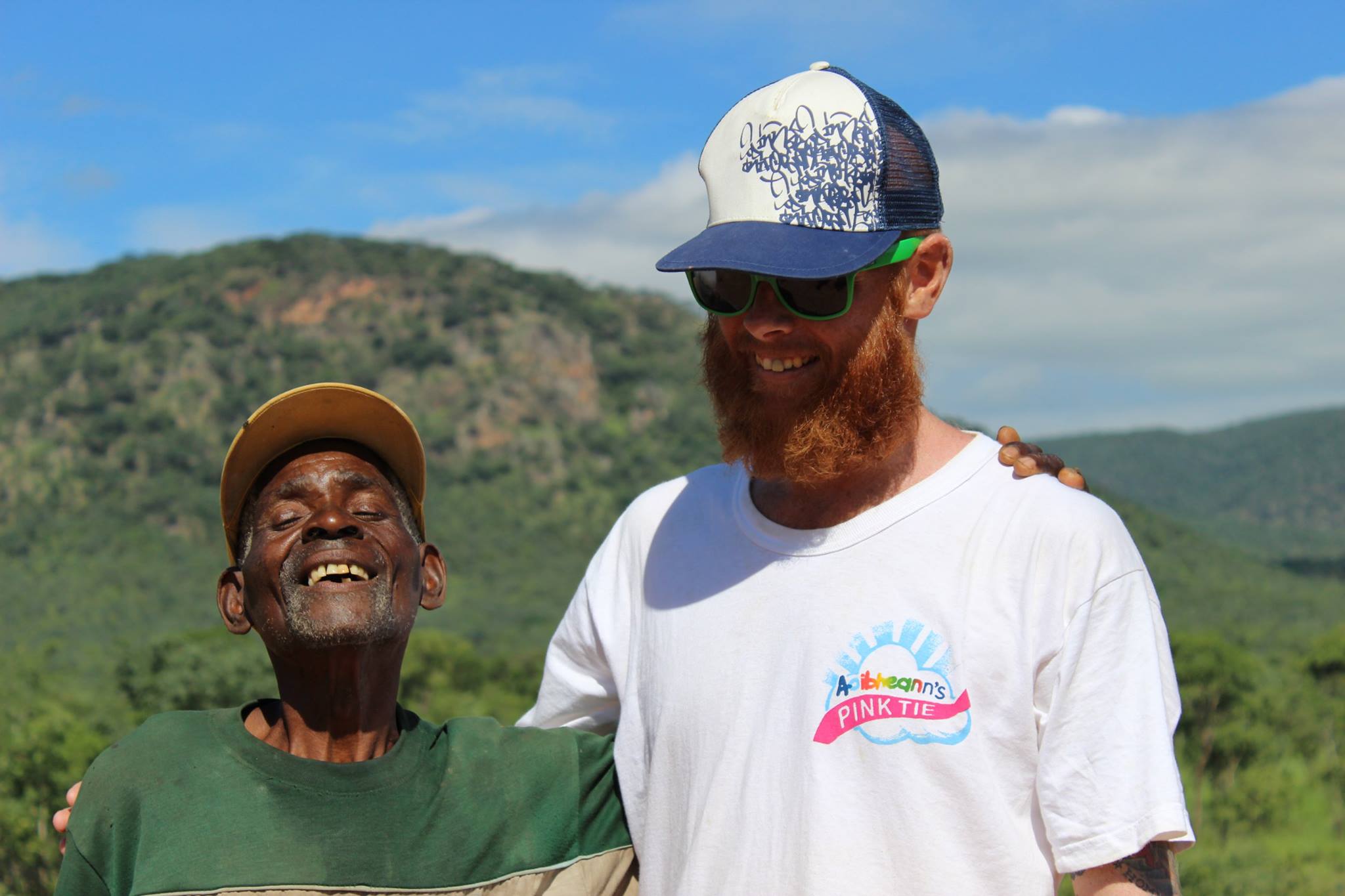 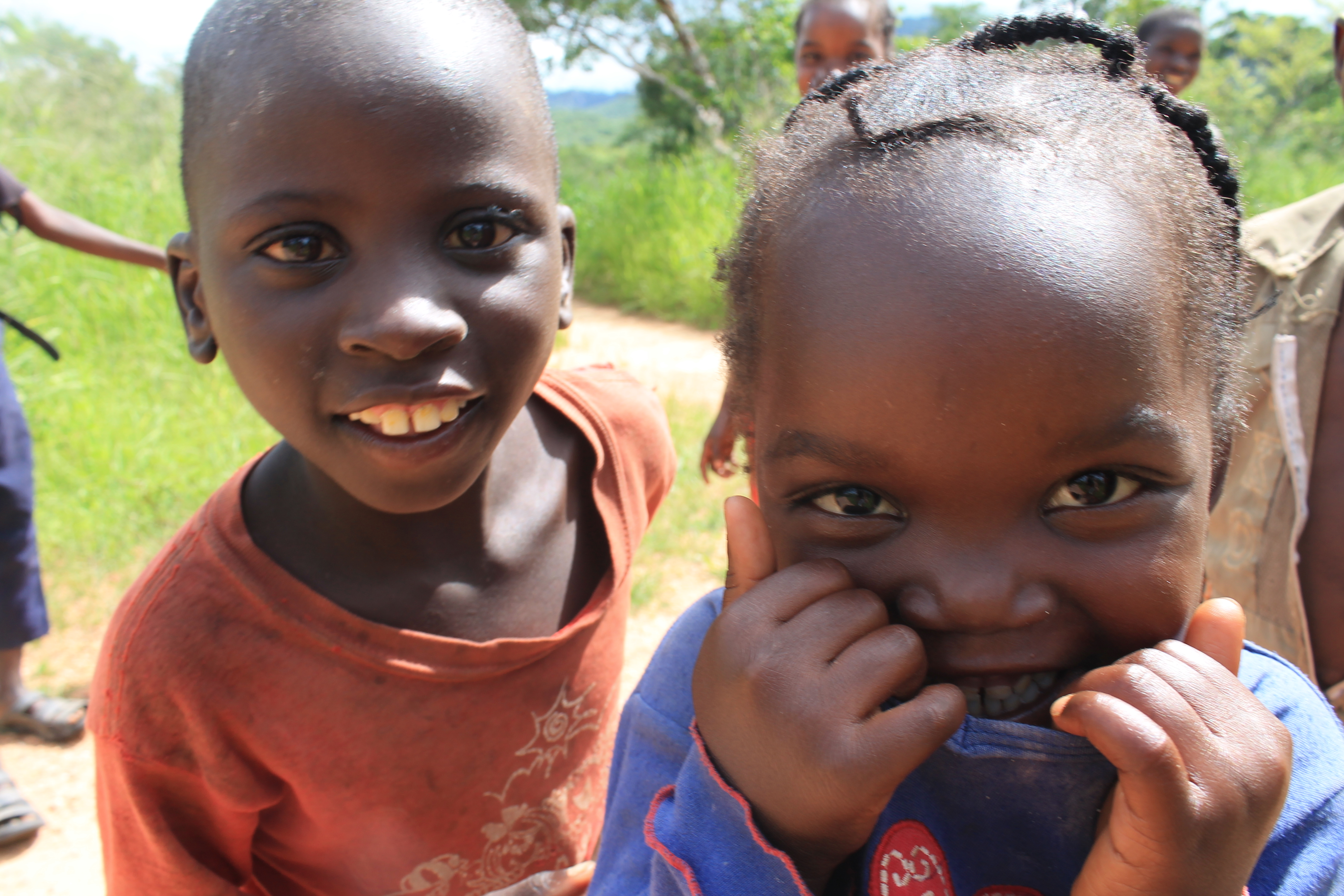 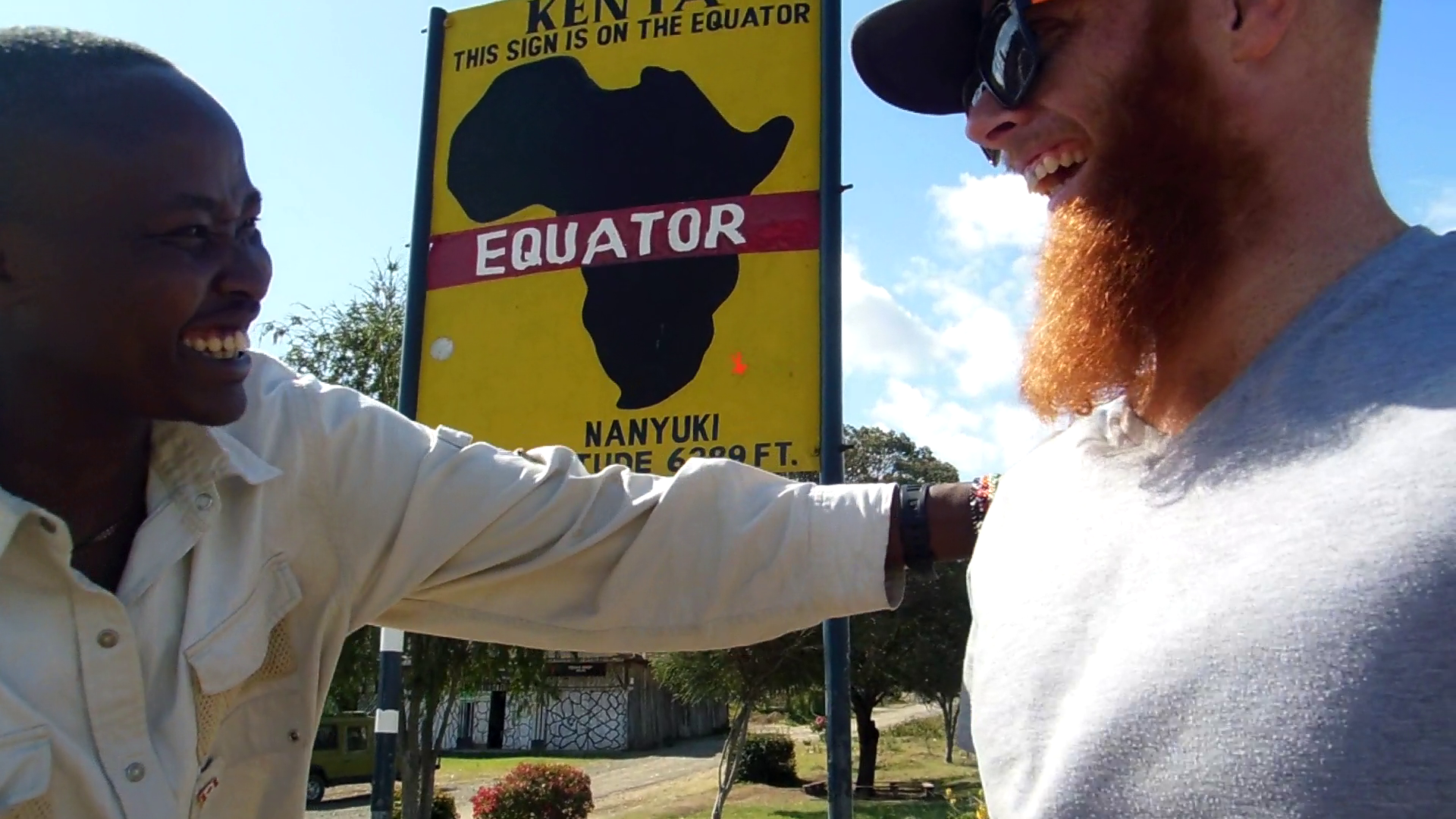 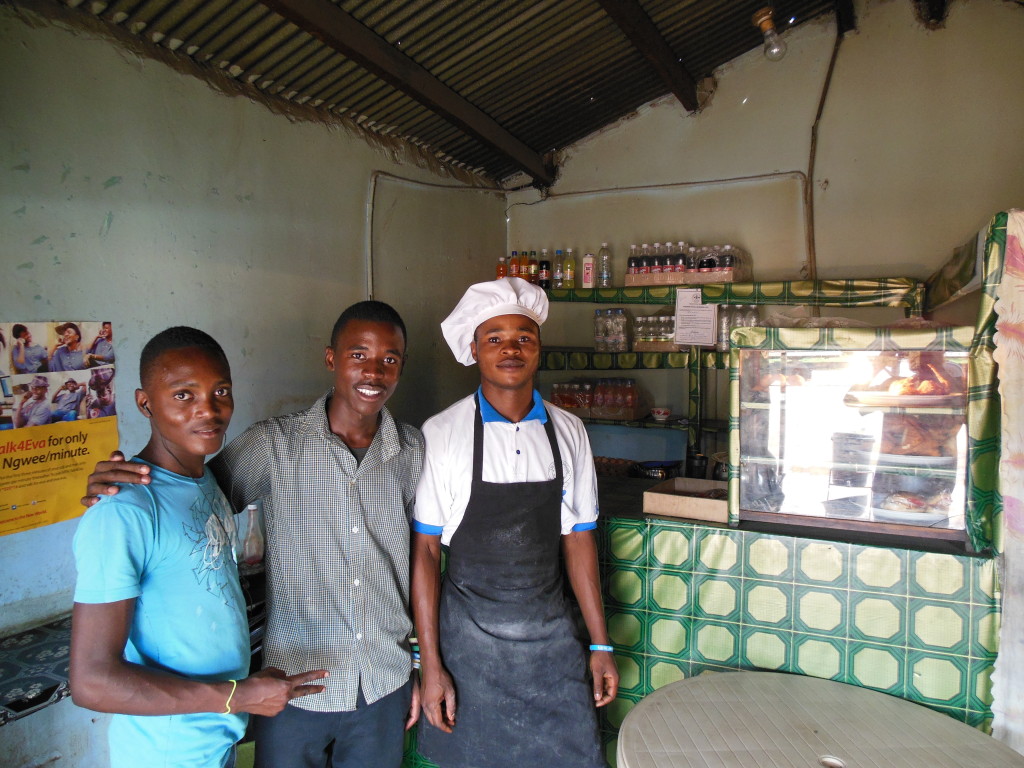 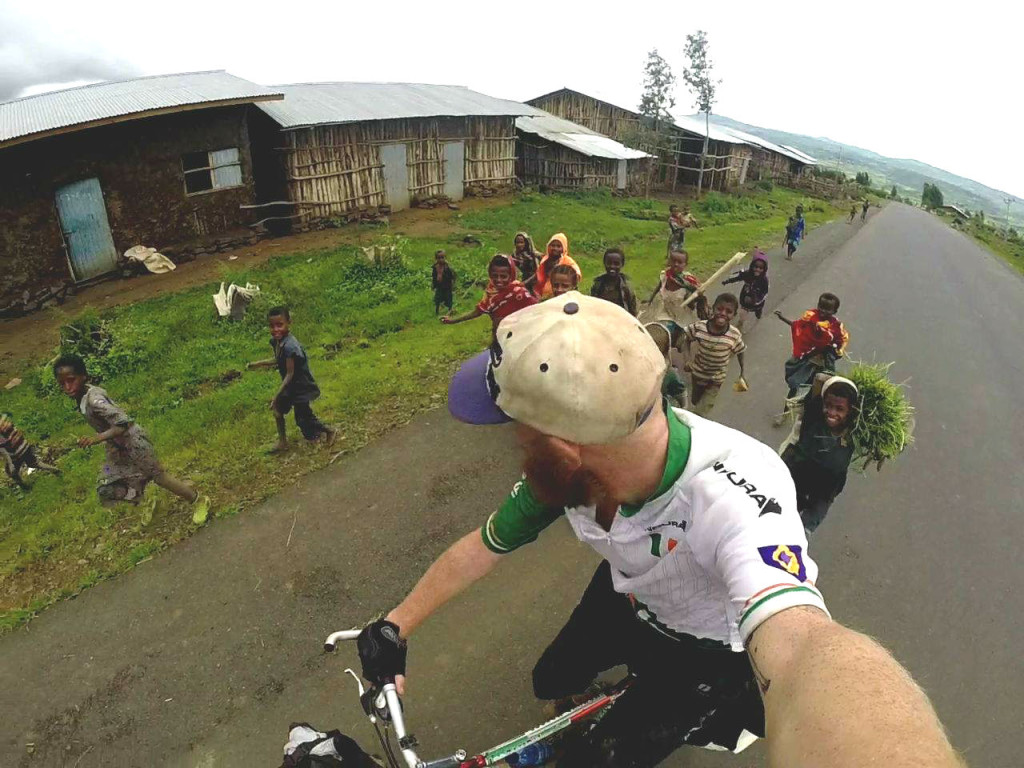 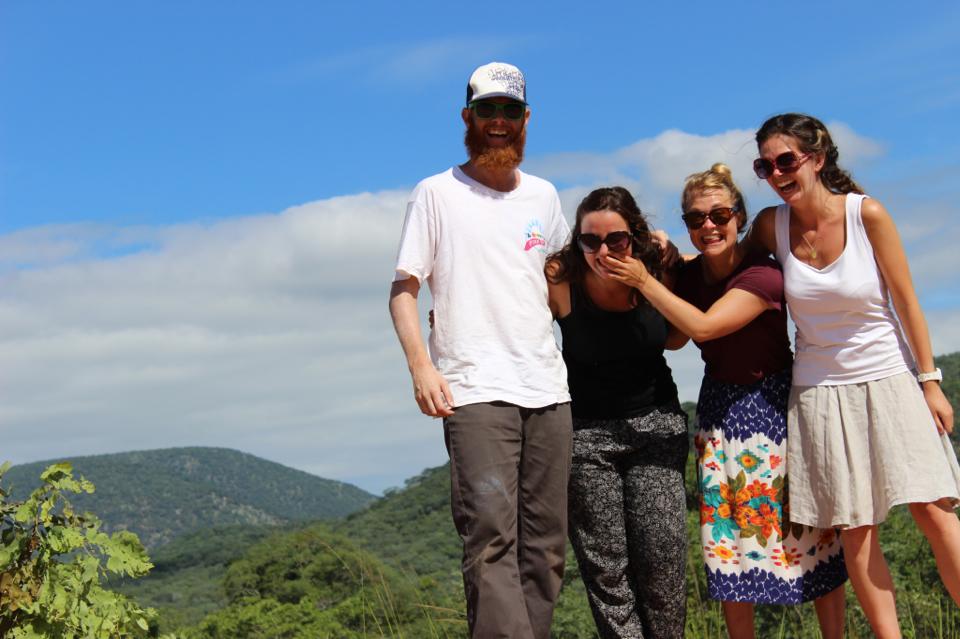 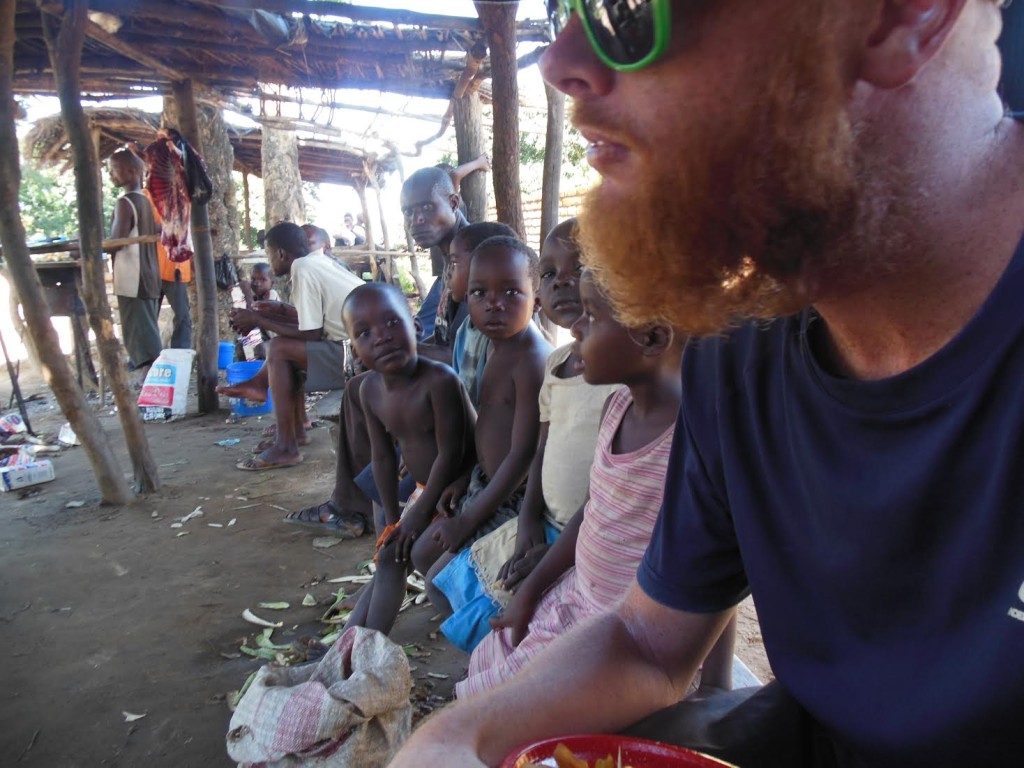 Having spent a full year on a cycle alone from Cape to Cairo, then up through France/UK to Ireland, I ended the journey riding across the Wicklow Mountains in a hailstorm with my two brothers, my Uncle and cousin. They showed up as a surprise on the final night, which was amazing, but having spent so long alone it was impossible to take in the emotions, feelings or thoughts that came with their presence.

The hail storm was fierce; my Uncle Paddy came close to Hypothermia, my cousin Peter succumbed to the Bronchitis and one of my brothers, Paul, made it to within touching distance of finishing a grueling day that even I struggled with after a year experience – sadly they needed to pull out.

Andy led the way up into the hailstorm and out of sight. It was miserable weather but it was still a most symbolic moment. To think how the same brother who had brought me to the airport a year ago, when I thought that nobody cared, was now leading the way up over one last Mountain in a hailstorm. It was during those very last few minutes, as we were riding the crest of a hilltop, I saw Dublin city come into sight below. Right at that moment, a strangely bright light beamed through the clouds to one side – I thought of my parents. I am not religious or spiritual in any great sense but something indescribably special happened in that moment. When a local and friend of the family drove his van up into the mountains with a cup of tea for us at a critical time, I knew we were there – it was Dublin, Ireland, my home. 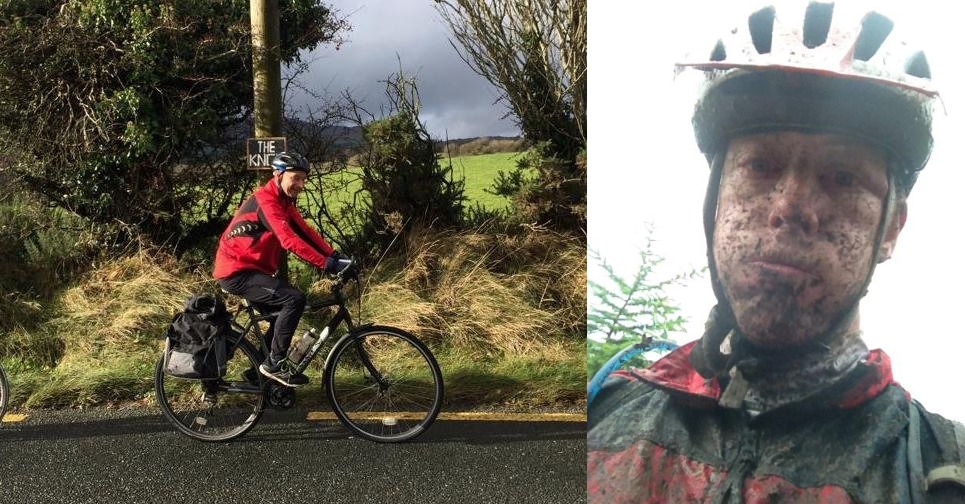 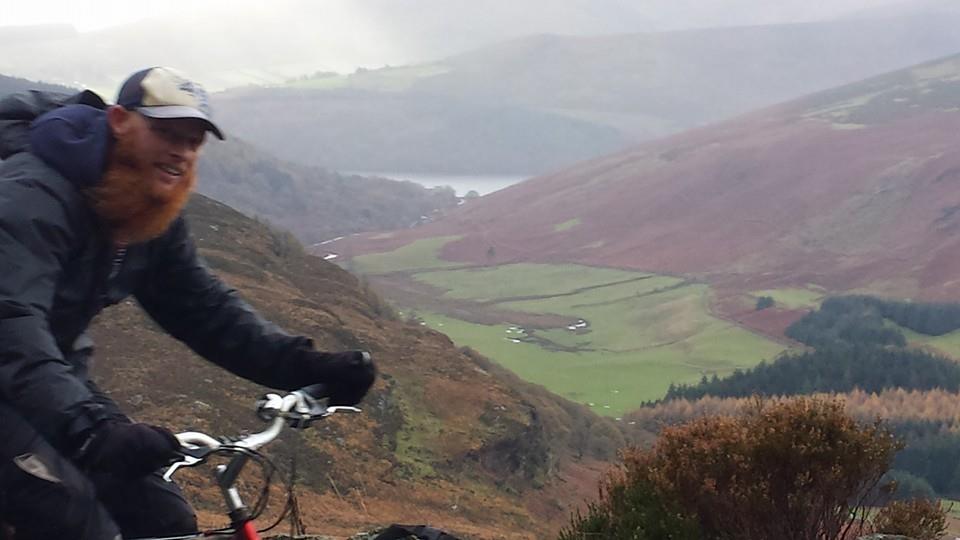 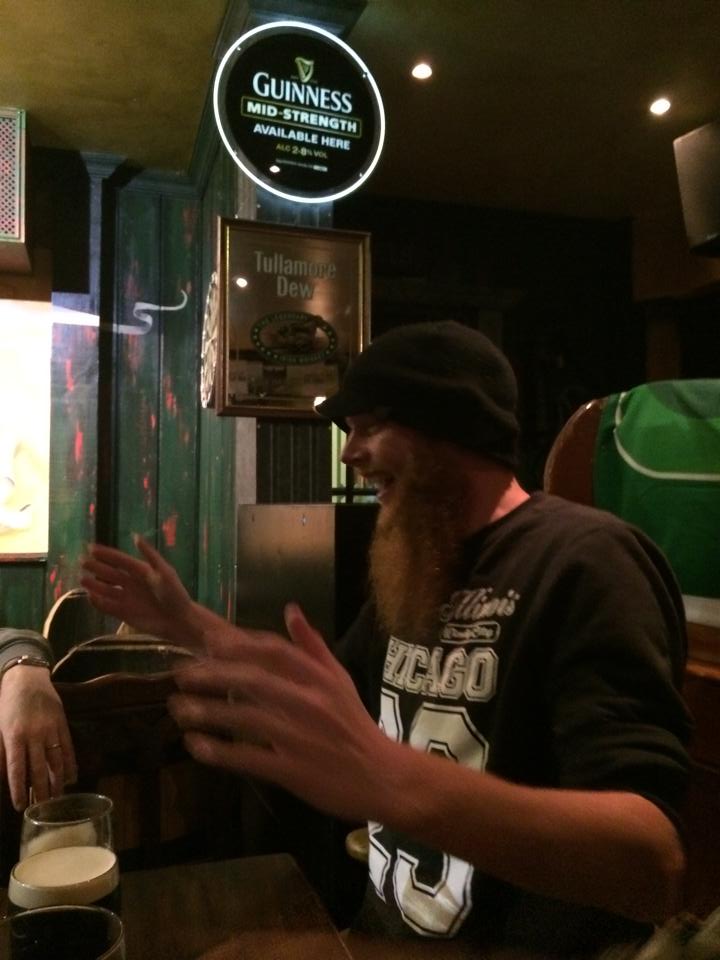 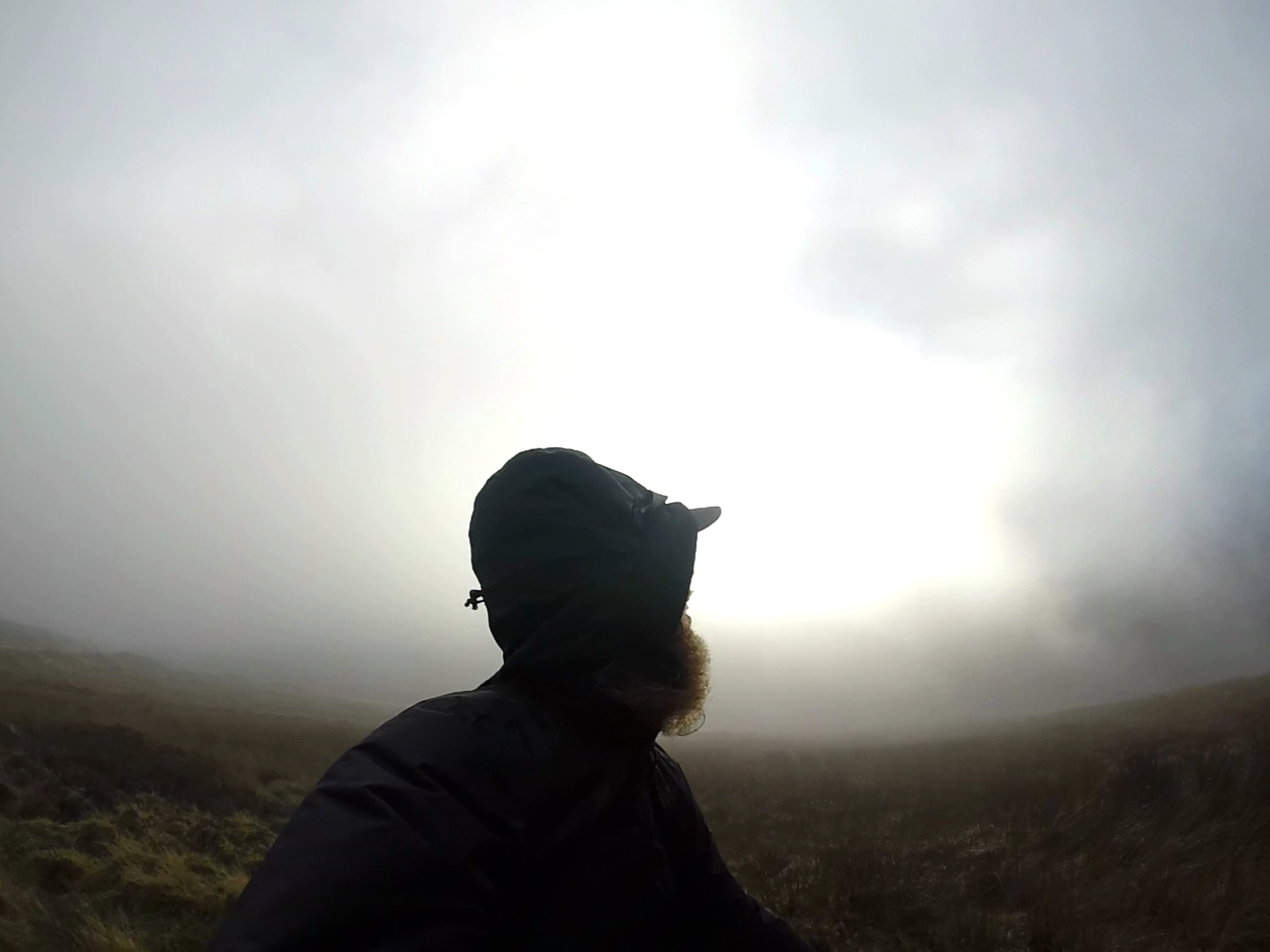 Light on the last day 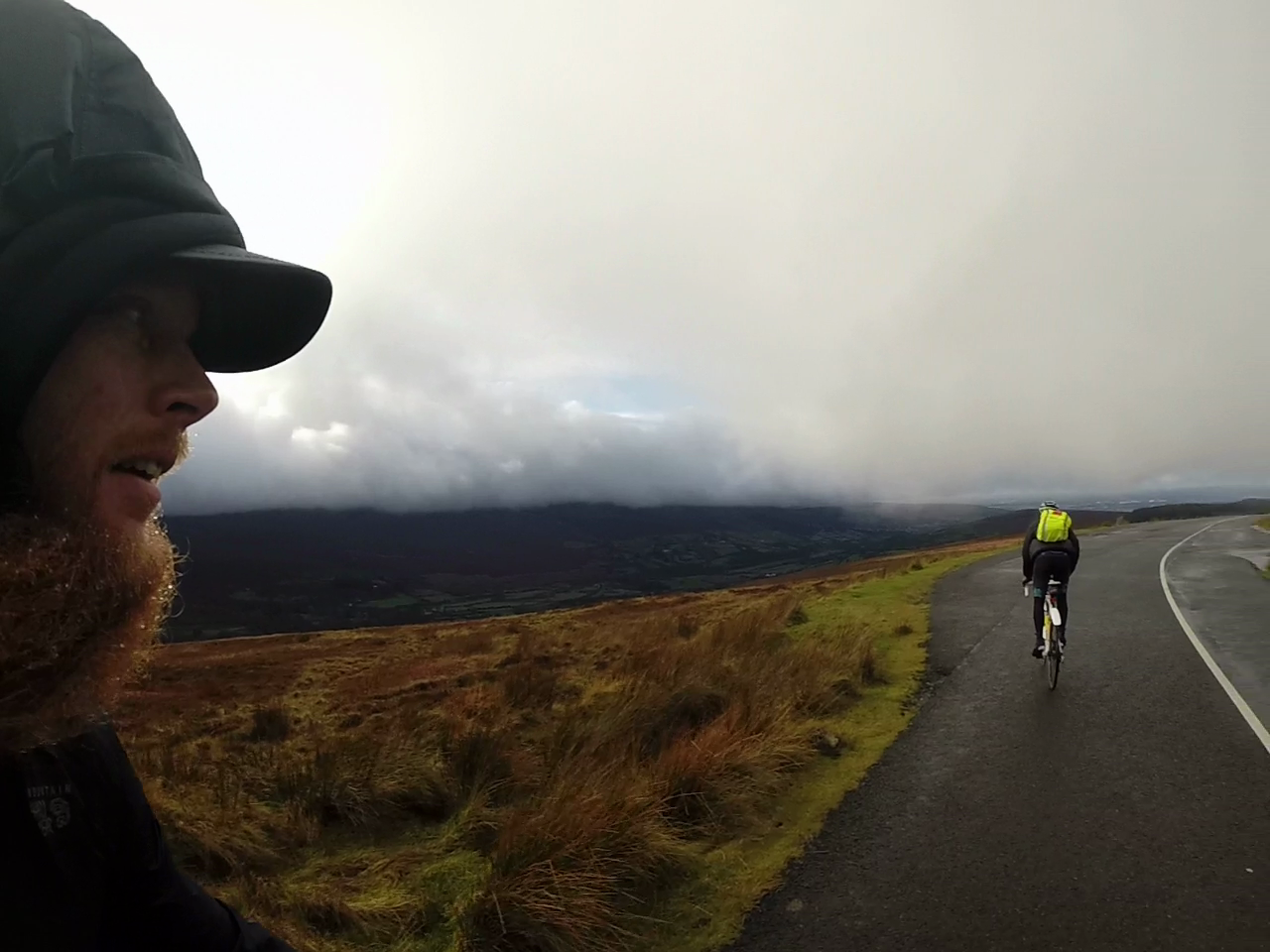 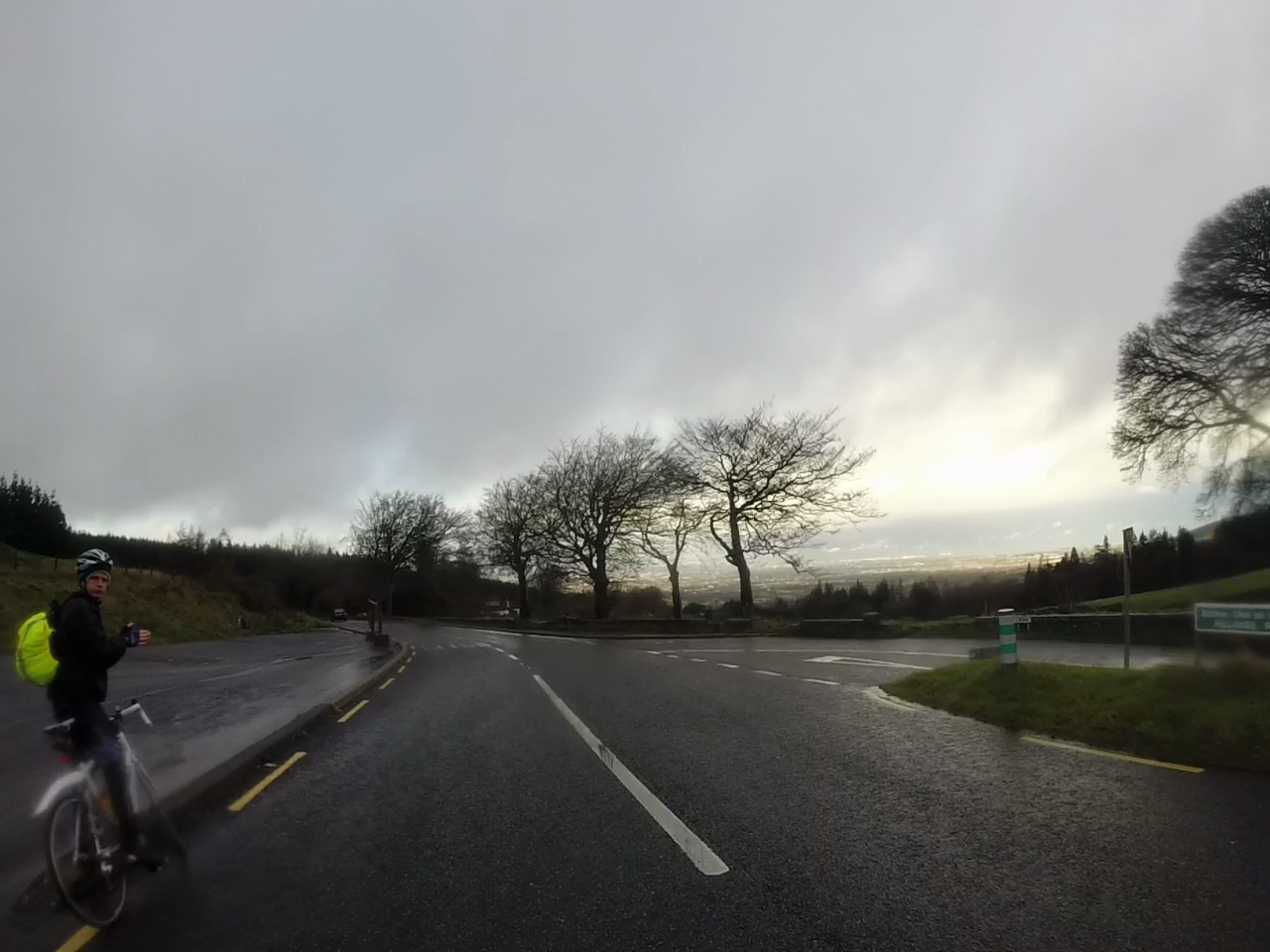 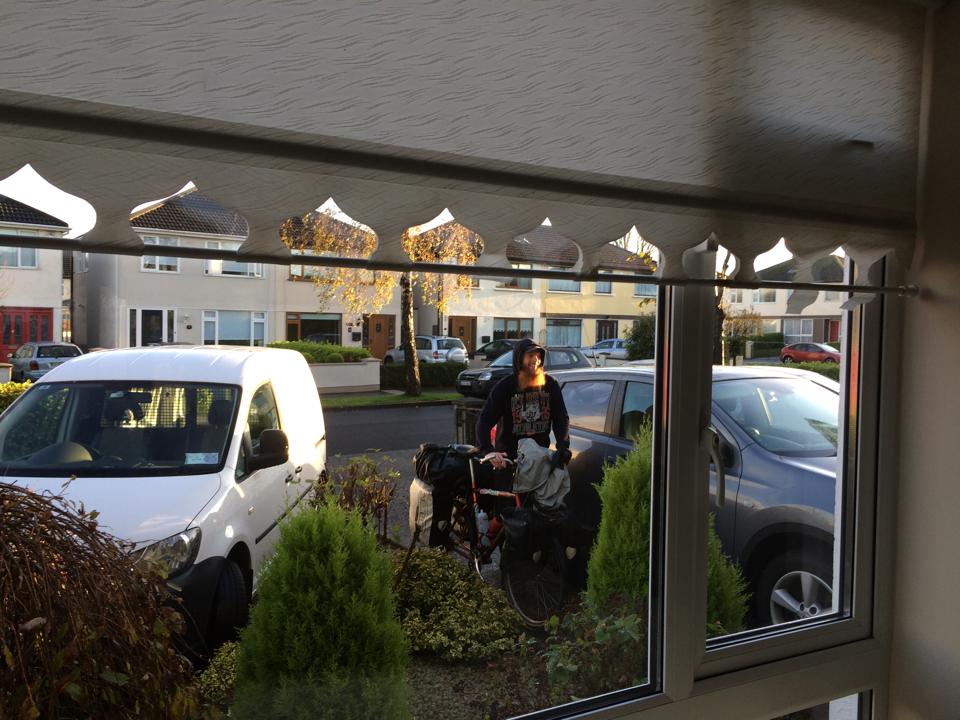 THE TRUE MEANING OF LIFE

I felt as though nobody cared when I left home. I had no purpose, saw very little light and was struggling to control an abnormal level of anxiety. Riding my bicycle through Africa and back to the door of my local pub that evening was the symbol for just how much had changed – it was the single most profound feeling I have ever experienced.

A photographer’s flash at the entrance gave way to my first glimpse of almost everyone I knew and everyone who had followed the journey. I can never forget those faces, the expressions, the warmth or the cheers. I will never be able to express enough gratitude for everyone who made that exact moment possible. I don’t know why I never realized just how many close friends I had or how many people who really cared for me but I do know it was the happiest moment of my life. There was not enough time to speak with everyone but it was astounding to hear how the adventure had made so many people feel. To hear how the journey had an actual impact on other people’s lives. There were many times on this night when my lower lip quivered from complete disbelief of what people were saying. Later, I tried hard to stay awake and listen to the voices I had missed so much but then fell asleep at the kitchen table in the early morning hours surrounded by good friends.

You know, some people will think this bicycle ride through Africa was a challenge of stamina or endurance or an achievement. It should now be obvious that the purpose of this solitary journey was to find meaning in life while overcoming the anxiety and self destructiveness which had all but ruined it.

So for my two brothers and for all my brothers, for the people of Africa, my family, friends and all who supported me, for anyone touched by the evils of cancer and for everyone who reads these words. It took 12 Months on a bicycle through Africa to understand the real meaning of this adventure and to understand how the road beneath my wheels was no different to any other we travel in life, no matter how great or how small. I am so grateful to have had this life altering experience but even more so to have been able to touch the lives of so many people in the process because really; it was never about the bicycle, it was never really about Africa and it was never even about me.

The true meaning of my journey all along, was you. 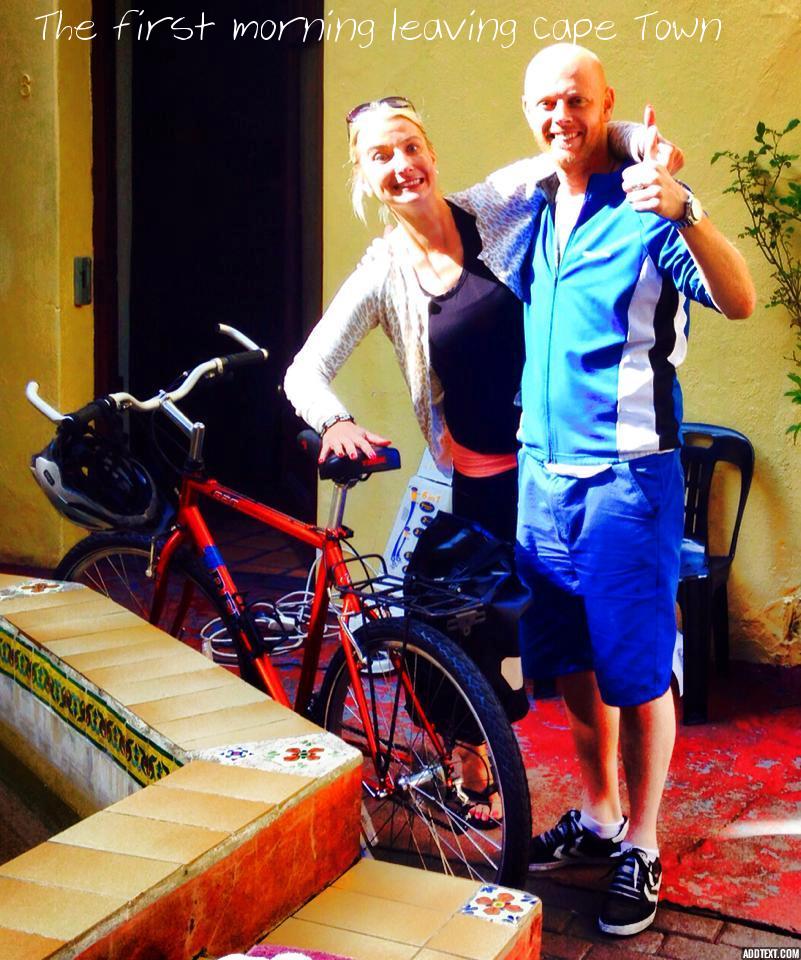 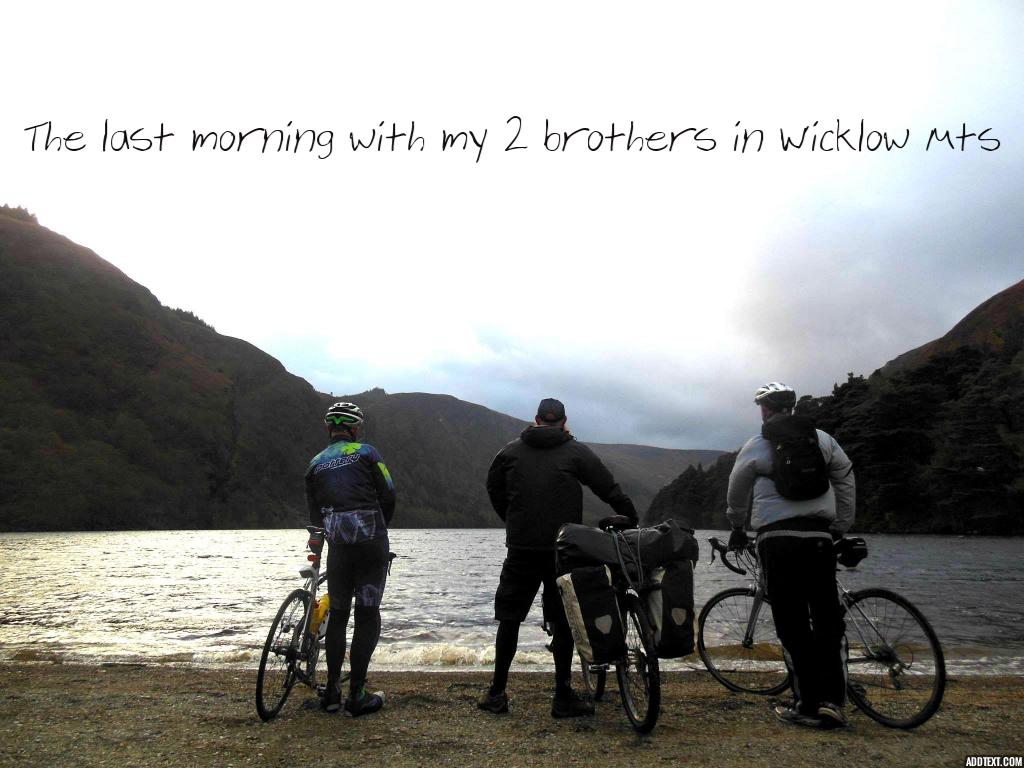 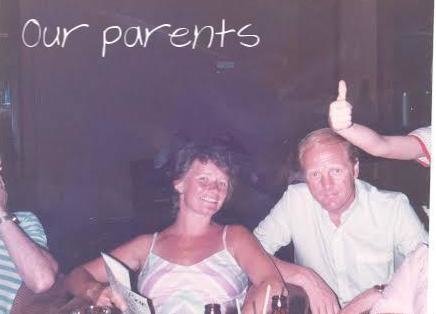 ← Previous Story Cycling in Ethiopa: When Everything Is Wrong | BLOG#13
Next Story → Bike Touring Africa: 5 Things You Should Know Before You Start