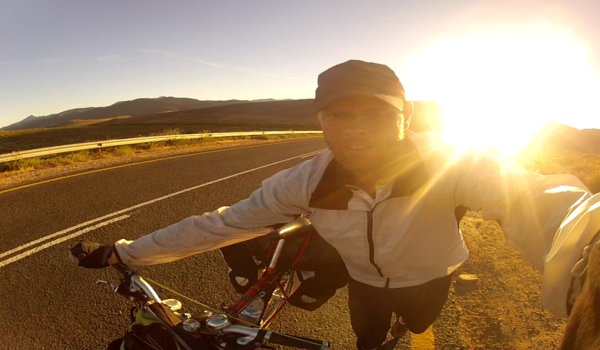 Why I’m cycling across Africa with Forrest Gump | BLOG#1

Leaving Cape Town in South Africa, cars pulled up alongside asking how far I was planning to cycle. I came close to falling off at the distraction each time. The people who asked, their laughs and well wishes inspired me. I even imagined them telling their families over dinner about the ginger guy cycling across Africa.

You see, the loaded bike on an Africa bicycle tour might seem like a romantic sight (like watching Forest run in the movie theatre). But for the guy riding a bicycle up that hill, there’s only discomfort – the sweat, aching muscles and burning sun make sure of that. Mostly I forget what I’m doing and it seems like no big deal at all, but then the puzzled reaction of another person reminds me how much of an adventure it is again.

I keep thinking ahead and try to imagine what the locals further north will think. 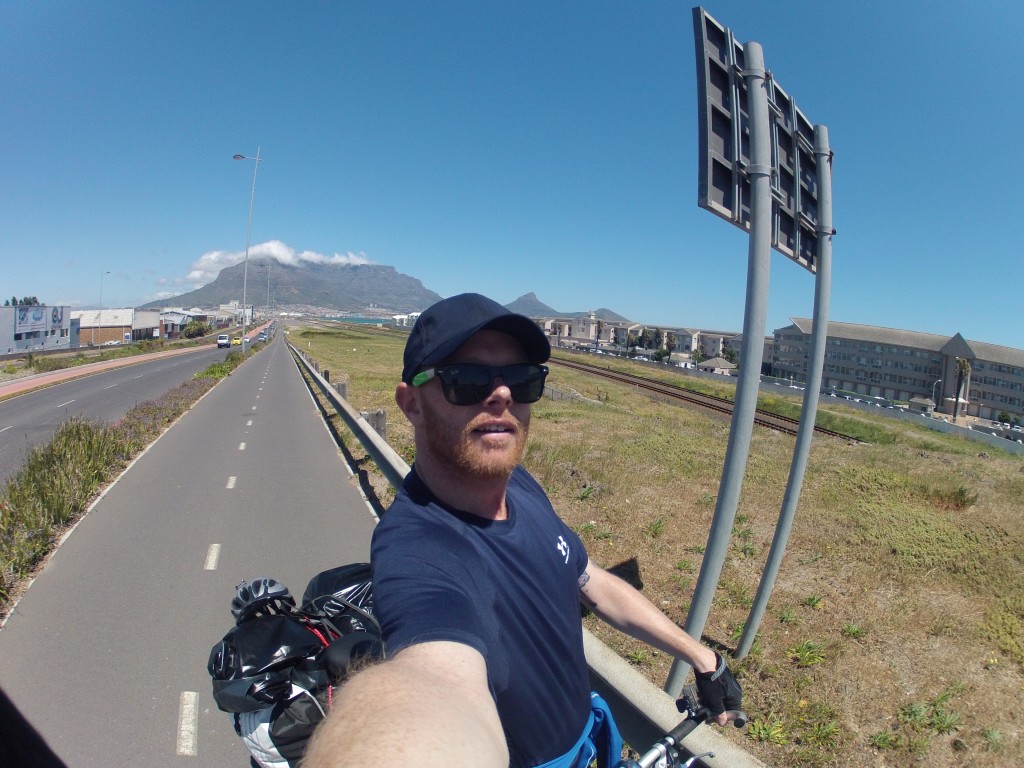 Things in common with Forrest Gump

Having compared my cycling across Africa with the adventures of Forrest Gump, I suspect there might be some important lessons we have in common:

Forrest Gump: Stupid is as stupid does

I’m hate to brag, but it took a lot of guts travelling to Cape Town in order to begin the bicycle tour of Africa. Fear was always present and a lot of people said I had lost it, or given that I had no cycling experience, had laughed it off – which is why I ended up not really telling anyone. Then again, words would mean nothing if my actions did not follow, stupid would be as stupid did and when all the talking was done, I could not expect people to take me serious when I really had no idea what I was getting into myself.

Morale of the story: just go for it or risk spending the rest of your life thinking “what if”, I knew which option made more sense.

Create your own destiny

Mrs. Gump: You’re gonna have to figure that out for yourself.

Another truth, it’s part of my journey – to figure it out. There’s no way cycling Africa fixes your problems, it would be stupid to think so but with every turn of the wheels this week, and with every time I go to write in my new  “adventure travel blog”, it’s becoming more clear what actually matters in life. It’s a good start that at the moment all that seems to matter is water, food and respect for my body but also, this time alone has also helped pinpoint the mistakes I’ve made in the past and how I can make up for them going forward.

Dreams can be goals

Forrest Gump: In the land of China, people hardly got nothing at all.

Forrest Gump: And in China they never go to church.

John Lennon: No religion too?

This says it all really, we all dream. This part of the movie clearly relates to the lyrics of John Lennon’s “Imagine” and it pretty much explains why I’m here right now. Cycling across Africa was completely a dream, but my feeling was that sometimes our dreams should also be goals. Forrest and John Lennon said “It’s easy to imagine if you try” and here I am trying to cycle Africa. 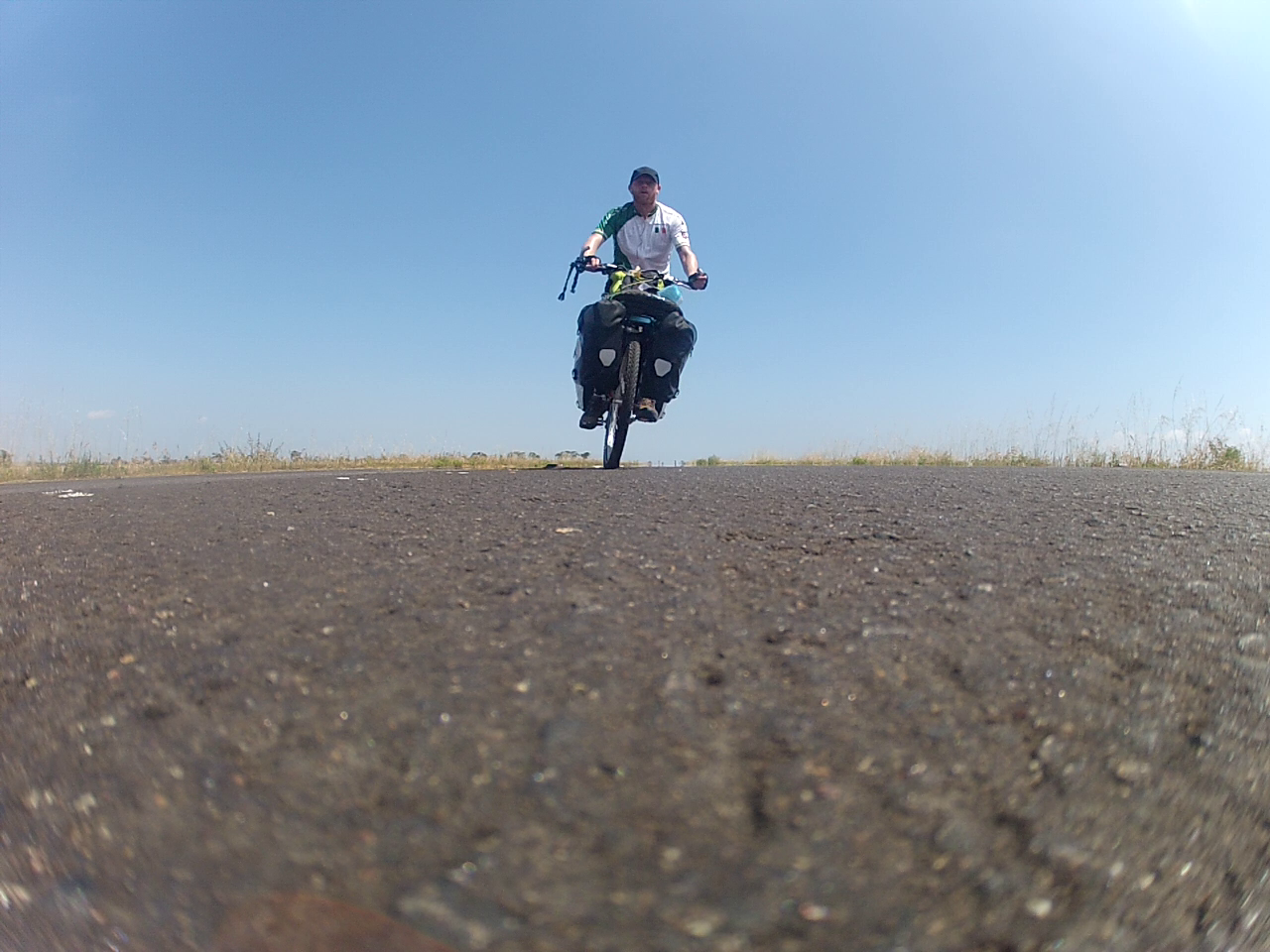 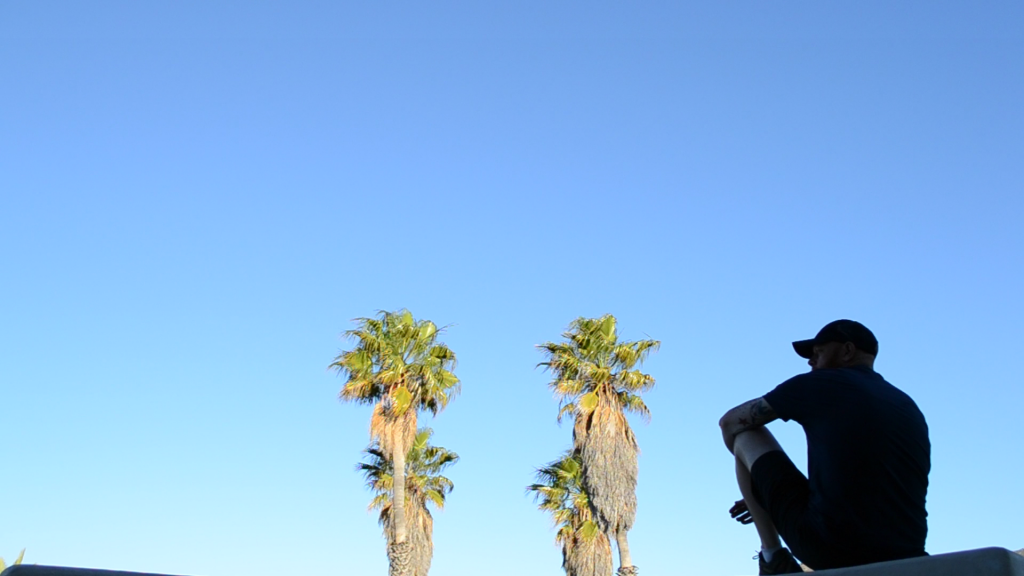 Forrest Gump: Mama says they was magic shoes. They could take me anywhere.

One last thing, Forrests mama gave him magic shoes, the idea was to give him hope, courage and make him believe he could do anything. We could all do with magic shoes right? Subconsciously I stopped believing last year. It sounds cliche but one of my earliest memories is my mother (RIP) telling me as a child that I could do anything I wanted in life. There is no doubting how cliche this sounds, but it does show how important it is to give other people a reason to dream.

I was in this non-believer hole last year, until I decided recently to put my magic shoes back on and begin cycling across Africa. Maybe someone else reading this has also stopped believing? Just so you know, we all have magic shoes.

Behind me, Table Mountain shrunk to the size of a rock as I kept cycling across Africa, 35km north to a small seaside town, Melkbosstrand. I camped for the night and then left at 7am the next morning to start a much more difficult 75km to Yzerfontein. It was full of hillclimbs, not mountains but big hills on a heavy bicycle. Cars passed, people waved, there were highs going downhill and grunts climbing back up again.

As the bicycle became swallowed up in South African bush, I saw Ostrich, lizards, cows, sheep, and steak with chips on the horizon. I had planned to stop for the night but arriving in Yzerfontein, my muscles were screaming so loudly, that I needed to stay another day to recover. 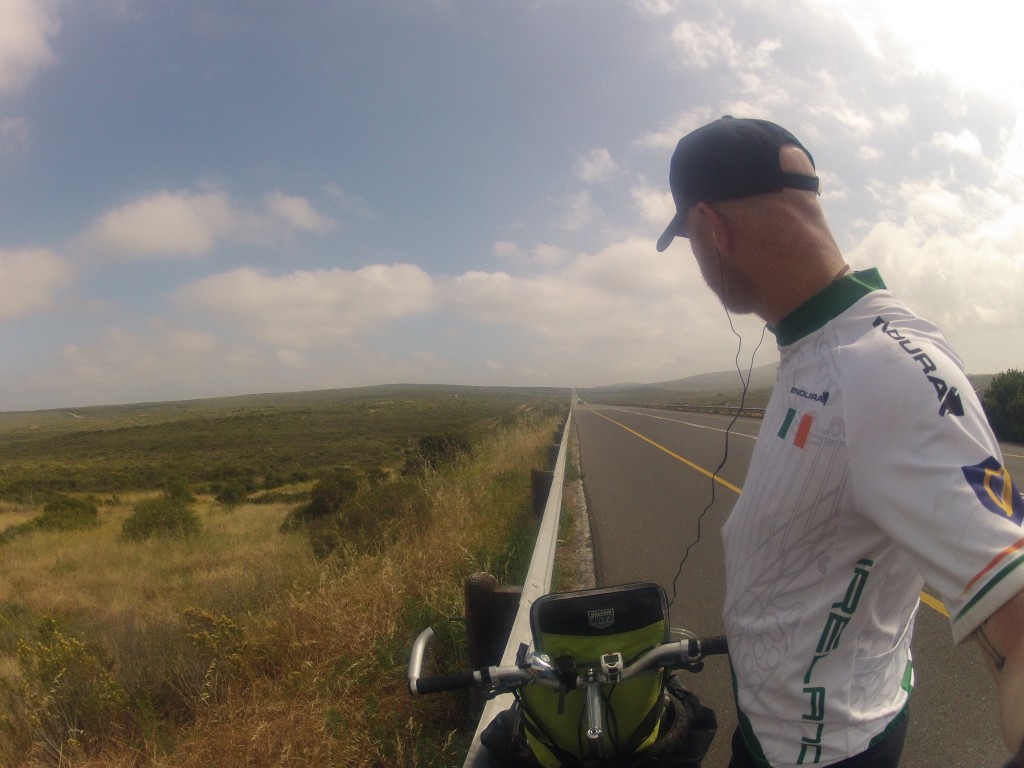 Long stretches lie ahead but hopefully not so many hill climbs, hopefully I’ll meet people at the next stop, hopefully my body stays strong, hopefully my mind can be positive. Actually, I forgot one thing Forrests mother would say:

Life is like a box of chocolates, You never know what you’re gonna get.

So thank you Forrests’ Mama and thanks to all mothers out there for you are the real inspiration as to why I am here cycling across Africa and why anyone else can have reason to believe in their dreams. That to me, was what Forrest Gump really meant.

Next Story → The next great adventure | BLOG#2